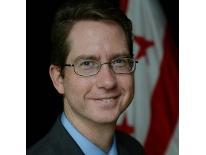 Prior to joining the Bowser Administration, Mr. Donahue served as Director of the federal government’s Performance Improvement Council. In that role, he led the implementation of federal policies on using data and performance management to improve government services. Previously, Mr. Donahue worked at the General Services Administration, serving as Senior Advisor to the Administrator, and at the US Department of the Treasury, serving as the Senior Advisor to the Assistant Secretary for Management and Chief Financial Officer. Mr. Donahue previously served in the District Government under Mayor Adrian Fenty, as Director of the CapStat program.

Mr. Donahue received a Bachelor of Arts in Government from Georgetown University and a Master of Public Administration from Harvard University. A 30-year resident of the District, Mr. Donahue lives in Ward 4 with his wife and two children.